I am reviewing Roger Mayweather's career and one of his opponent who he loss against by SD, Zack Padilla had a very nice career that ended abruptly:
https://boxrec.com/en/proboxer/4241

Do any of you know why? curious
Top

from Wikipedia
"During a sparring session with Shane Mosley, Padilla was hit with a hard punch which aggravated a head injury from his last fight. Padilla's boxing license was then suspended indefinitely, and he never fought again. He had a career record of 24-1-1 with 14 KO's."
“Boxing right now is dying with its superstar Muhammad Ali fighting competitors not worthy to try for his crown.”
Black Belt Magazine, 1976 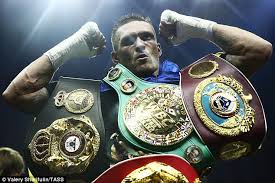