CHAMPIONS and other title claimants (through March 2, 2021):

Stat, whats Raul Garcia's status? Is he moving to light flyweight full time or just dabbling there for the time being until a bigger fight at strawweight comes open?
Top

FightFanAL wrote:
Stat, whats Raul Garcia's status? Is he moving to light flyweight full time or just dabbling there for the time being until a bigger fight at strawweight comes open?

Yesterday, with Moises Fuentes about to vacate the WBO mini-flyweight title and move up to 108, the WBO gave Garcia and #3 ranked Luis de la Rosa 15 days to negotiate a deal for a fight for the soon-to-be vacant title. The winner of Garcia-de la Rosa would then have to defend against #1 ranked Carlos Buitrago who is currently unavailable because of a cut.

Fuentes, as of November 15, when the WBO's November rankings were posted, had not yet vacated the WBO title at 105. He's still expected to do so but may be waiting on WBO junior flyweight champion Donnie Nietes' decision regarding whether he's remaining at 108 or moving up to 112.

Fuentes, who still holds the WBO mini-flyweght title, will be challenging for Nietes' WBO junior flyweight title on March 2. If he wins, he's expected to remain at 108; if he loses, he has his title at 105 to fall back on.

The WBO has a bout between Luis De la Rosa and Merlito Sabillo scheduled for March 9 that is, as of now, to be fought for the vacant WBO interim mini-flyweight title. If Fuentes beats Nietes, De la Rosa-Sabillo will be for the vacant world title rather than the interim version.

Nietes and Fuentes fought to a draw. Both remain WBO champions- Nietes at 108; Fuentes at 105. De la Rosa- Sabillo is still for the vacant WBO Interim title at 105.

Garcia will be fighting for the vacant WBC Silver light flyweight title on March 30.
Top

WillieB59
Posts: 401
Location: Wherever I may be

gilgamesh
TTR's Round by Round Expert
Posts: 21236
Location: Terrapin Station

Fair enough. I concede I can't accurately rank these weight classes, and I'm tired of trying. 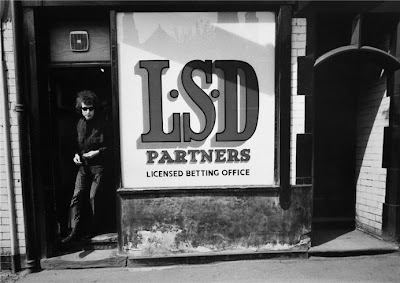